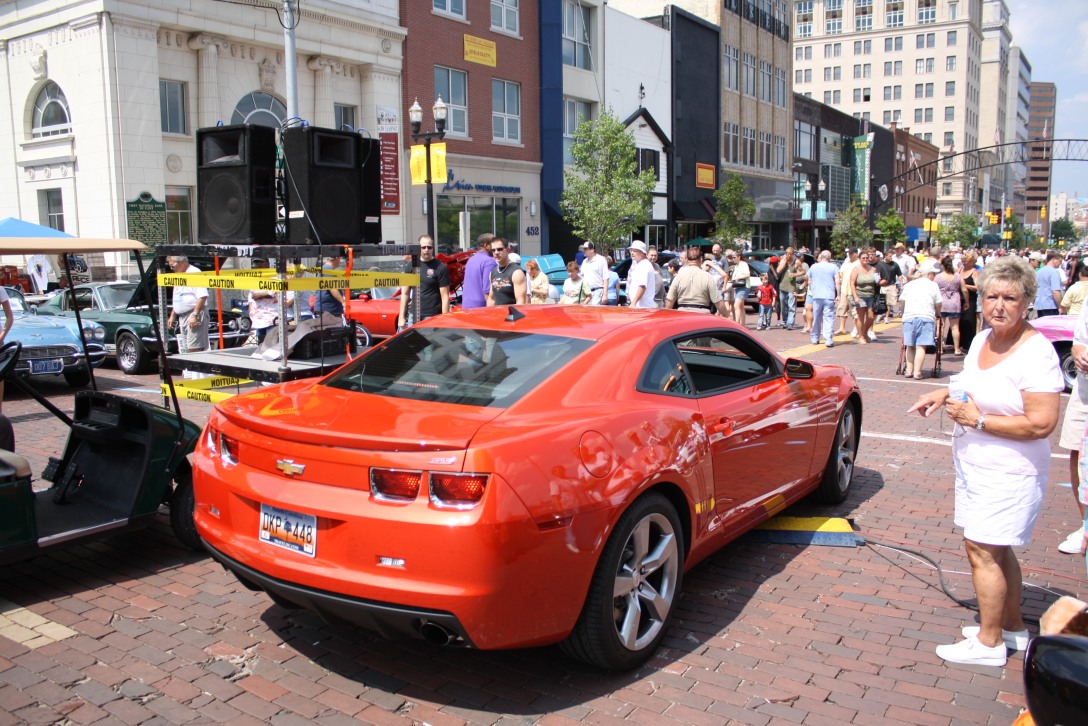 For those outside of the Mid-Michigan area something called Back To The Bricks means very little to you but for me, and for those of us who live in the Flint area, it’s a pretty big deal. Back To The Bricks is Flint’s annual car cruise and show which brings hundreds of cars and thousands of people for a several day crusie and then a two day ‘park and admire’ sort of affair right in the downtown district. This is an event that is just in its fifth year but which has grown tremendously with each successive event and which has really become a show piece for the revival of the city. For me, the event is a boon and annoyance – anything that helps with the revival and the positive image of the city is a good thing to me, but I also live downtown and have to sorta sit tight for a couple days while they do everything. All things being equal, I love that this is an event to show off Flint and to show that Flint is far from dead and, while it has a lot of work to do, there is potential here. There is hope.

I took these pics during the week of the event and feel it shows some of what was onhand.

Cannon with a machine gun is the epitome of casual badassery.